Cleansing and Muscle: What Happens to Muscle During a Nutritional Cleanse? 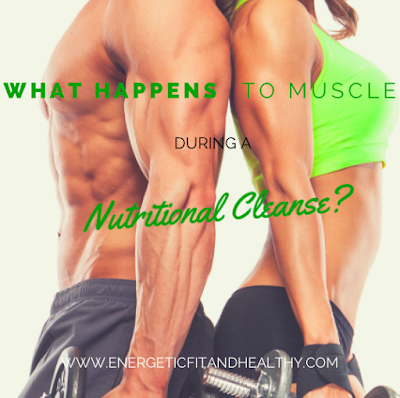 It is so interesting to see the multiple benefits that nutritional cleansing can have on our bodies.
Recently I blogged about Toxic Fat and the effects that Cleansing has on our Body Fat.
For many people one of the main reasons to start a cleanse (other than for increased energy, better sleep and clear skin) is the benefit of fat loss.  Because a nutritional cleanse allows the body to rid itself of toxins that prevent the body from releasing unwanted fat. 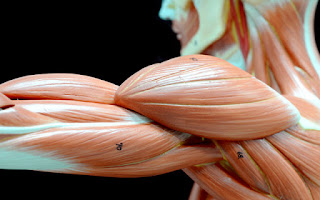 During even a brief period of fasting, your metabolism can rapidly change. For example, let’s look at the macronutrient carbohydrate, like those found in rice, breads, and fruit. The storage form in our bodies, glycogen, generally decreases, which can shift metabolism from burning carbohydrates to burning fat for energy. This occurs in multiple tissues including the one responsible for movement, muscle.
Cleanse Days involve fasting to speed up metabolism and aid in fat burning. Now a recent study confirms fat burning is vastly increased during fasting, but even more interesting is its effects on muscle. What researchers found was certain genes in muscles were actually altered in a very beneficial way . 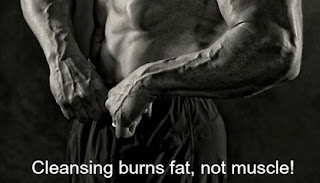 Muscle can use both carbohydrates and fat for energy and can adapt to different nutrient intakes including fasting. This occurs through a complex, energy and nutrient-sensing pathway that is involved with many different energy states, like being full or fasting. Understanding this pathway under different dietary conditions is very important as it can affect how genes are expressed and regulated.
Researcher Marjolein van Wijngaarden and colleagues from the Department of Endocrinology and Metabolic Diseases in Leiden University Medical Center in the Netherlands investigated the effects of fasting on carbohydrate and fat metabolism in relation to gene expression in healthy, young men. It was the first study to actually provide a map of the signaling pathways and changes in human muscle during short-term fasting. 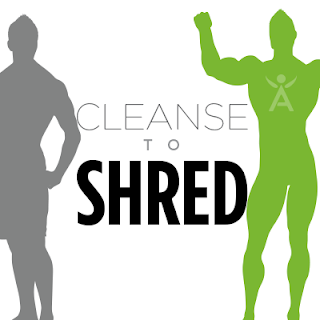 The study used 12 young, lean healthy males who stopped exercise and performed an overnight fast. The subjects started after a breakfast of 300 kilocalories and then followed up with a 24-hour fast where only water and caffeine-free tea were allowed. Blood samples and muscle biopsies were collected at multiple times throughout the well-controlled study period.
Not surprisingly there was a rapid decrease in carbohydrate oxidation (sugar burning) with a large increase in fat oxidation (fat burning) mostly in muscle. Insulin and leptin (a hormone involved in appetite control) levels decreased as free fatty acids and growth hormone levels increased. Most interesting in this study was that genetic expression changed for more than 900 genes in muscle after only a 24-hour fast. 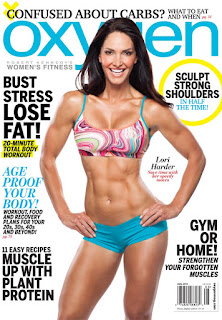 The study represents roughly seven percent of the genes expressed in muscle tissue. However, only 23 genes, mostly involved in the regulation of metabolic processes, were found to be significantly affected by the fasting at both early (10 hours) and late (24 hours) time points. Many of these genes helped move metabolism to fat oxidation (fat burning) at the whole-body level.
In relation to fat burning in muscle tissue, short-term fasting appeared to be quite effective. However, prolonging the daily fast or fasting too often to speed up fat loss is not advisable as fasting for too long can cause a loss in muscle mass and negatively affect metabolism. 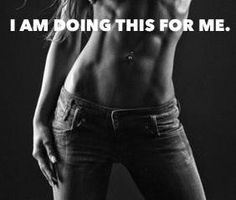 Bottom line: When done correctly, nutritional cleansing really works!
So, are  you Ready to start the New Year Off right with a Nutritional Cleanse?
Global Cleanse Day is coming up SOON!  On January 4th, 2016, people all over the world will be starting their New Year Cleanse to be Out with the old and make way for the New!
*Learn more about Global Cleanse Day and how to participate here!
*Next, Order your 30 day Nutritional Cleanse and Fat Burning system to get rid of toxins and allow your body to build lean muscle and release unwanted fat here! 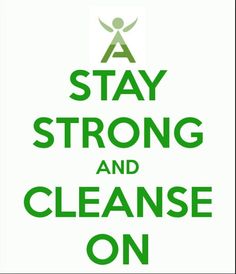 Popular posts from this blog

Shake it Up on Shake Day: Top 10 Protein Shake Recipes to Keep You Energetic, Fit and Healthy on Shake Day!!

But sometimes I need a little variety to shake things up, am I right?

The 30 day Nutritional Cleansing and Fat Burning system is one of THE best schedules for helping people to reach their health, fitness and weight loss goals but when you have so many shakes throughout the month, it's super helpful to have some variety and delicious ideas to shake it up on your shake days!!

So here are some of the MOST delicious Lean Protein Shake Recipes I've found that you're going to want to keep on hand and try ASAP!! ;)

October 08, 2019
As we all know, the Energy Drink market is a booming one, with unhealthy choices like Red Bull, Monster and Rockstar leading the pack.  Considering how fast-paced our lives are whether you run a business or have little ones to keep up with at home, we all need a little something to help us power through our day...SO it's about time we got a better choice to not only help us in a safe and healthy way but to disrupt the industry all together!

What could that be??

Enter,BĒA - Botanical Energy + Adaptogens - the new Healthy Energy Drink that is changing everything!!

What is BeA and what makes it the new Leader in Healthy Energy Drinks?
Think of BeA, more like the OPPOSITE of a Red Bull or a Monster in that it doesn't have any of the unhealthy side effects that are brought on by high amounts of sugar or synthetic caffeine.  BeA on the other hand, contains a proprietary formula of, as the name suggests: Botanical Energy and Adaptogens.

Lose Fat While You Sleep? How does the "Bedtime Belly Buster" Work?

I recently came across a concept addressing this idea that caught my attention...

As a fitness and nutrition enthusiast, I am always fascinated by anything that can help people to be healthy, but when I hear a term such as the 'Bedtime Belly Buster', I can't help but want to explore and even test it out myself!

Really?  Ok, how does this work, exactly??

According to, The Science of the Bed Time Belly Buster,


"Based on the complex interactions of the nutrients in the BBB—dietary whey protein and muscle, dietary calcium and fat, and both nutrients with the serotonin- and melatonin-mediated sleep-wake cycle—there is actually excellent evidence to support the com…
3 comments
Read more